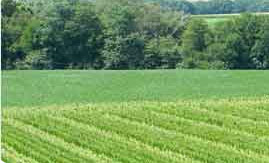 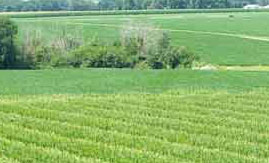 WORLD NEWS
Registration of Endosulfan cancelled in Australia
The Australian Pesticides and Veterinary Medicines Authority (APVMA) advises that it has cancelled the registration of the insecticide endosulfan. This decision follows a recent assessment of newinformation by the Department of Sustainability, Environment, Water, Population and Communities (DSEWPC) that the prolonged use of endosulfan is likely to lead to adverse environmental effects via spray drift and run-off. A full risk assessment conducted by DSEWPC concluded that these long term risks could not be mitigated through restrictions on use or variations to label instructions.

This time period has been imposed because of the relatively limited amounts of endosulfan in use and is in line with phase-out periods imposed by other national regulators who have similarly taken recent action against endosulfan.

Risks to human health were not a factor in the APVMA decision. While recent and emerging toxicological data were assessed by the Office of Chemical Safety and Environmental Health, it has been determined that the current regulatory regime has been effective in managing these risks.

Some of the new environmental data on which the APVMA's decision is based emerged following the recent nomination of endosulfan to the Stockholm Convention on Persistent Organic Pollutants (POPs).

This nomination focussed more attention on endosulfan and produced a large volume of new information on itsenvironmental fate and effects.

Mobile phones to help Filipino farmers
Farmers will soon be able to have tailored advice delivered to their mobile phone Rice farmers in the Philippines will soon be able to access tailored advice direct from their mobile phones on the amounts and timings of fertiliser applications for their specific fields. Set up by the Philippine Department of Agriculture and the International Rice Research Institute (IRRI), the service is designed to help farmers maximise their output.

Bringing precision agriculture with IT to smallscale farmers can open up opportunities for farmers to obtain a fertilizer recommendation via a text message and then use their phones to access suppliers of the fertilizer and financing options to purchase it, explains Dr. Roland Buresh from IRRI.

To receive the free text message in their own language with recommendations on what type of fertiliser to use, how much, and when, farmers will simply have to phone a central number and answer a series of automated questions about their rice field and the growing conditions.

Nutrient management decision tools to provide fieldspecific recommendations for rice, wheat and maize are also now under development. Information technology and mobile phone applications could change the role of extension workers, Buresh adds. In the future, they could become less of a technical expert on a topic such as nutrient management and more of anexpert on where and how to access information.

Though the EU region accounts for only 8 per cent of the world's agricultural land, it is a world leader in chemical and pesticide trade. However, its stake in the global Endosulfan market has reduced drastically over the years. Patented pesticides are being promoted by EU in recent years in order to replace the demand for Endosulfan. There are concerted efforts to manoeuvre trade through international conventions and trade restrictive practices, PMFAI president Pradip Dave, said. The global crop protection industry is worth $40 billion and the top three companies alone account for over 50 per cent of this market. All these three companies, Dave said, were European.

The EU has been pushing for a global ban on Endosulfan by proposing to list it in the Stockholm Convention as a persistent organic pollutant (a toxic substance that is not biodegradable and persists in the environment). If accepted, it would be against the interests of Indian farmers and farmers in the developing world, he added.

Dave said in case of a ban, Indian cultivators, much like those in developing nations, would be forced to purchase patented European pesticides at very high prices.

Delegates at the meeting represented the entire cross-section of those involved with the research, manufacture, sale and, most importantly, the regulation of anticoagulant rodenticides in this county. RRAG chairman, Dr Alan Buckle said: "In some areas of the country, due to anticoagulant resistance, and the current UK regulatory policy, many organisations cannot perform their statutory obligations to conduct effective rodent control to safeguard human health."

In certain geographic areas in the UK where, because of resistance, the control of rodents is proving impossible with the two most widely used second generation anticoagulant rodenticides - difenacoum and bromadiolone. In these areas, continued and prolonged use of these rodenticides is not only ineffective, but also poses a significant and unwarranted risk to wildlife. In short, in the view of RRAG, no practice could be better conceived to exacerbate the severity and spread of resistance. RRAG wishes to seek advice from the Health & Safety Executive's (HSE) Chemicals Regulation Directorate (CRD) on how to put together a proposal for consideration by the Advisory Committee on Pesticides (ACP) for the use of brodifacoum and flocoumafen ';in and around buildings' in defined circumstances in the UK.

These proposals would be subject to three constraints: proof of resistance; restricted application and proven competence of technicians applying baits. In addition, this would be underpinned with intensive wildlife monitoring.

The sharp increase in pesticide use by Thai farmers has alarmed International markets.

One researcher said the Department of Agriculture also needed to impose a complete ban on four hazardous chemicals still used in Thailand but not in any developed country.

Rapichan Phurisamban of Biothai said the country's record of pesticide use was worrying. Thailand imported 42,089 tonnes of pesticides in 1997 but that figure had risen to 137,594 tonnes in 2009.

"It is not only that the country is consuming a massive amount of chemicals, we have also found that farmers still use agricultural chemicals that have been banned in many countries," Ms. Rapichan said.

The EU recently found prohibited chemicals in imported vegetables including basil, chili, Chinese bitter cucumber and bean. Fears of a possible EU ban on Thai vegetables has prompted the government to order a temporary suspension of shipments.

Dr. Pattapong Kessomboon of the Department of Community Medicine at Khon Kaen University expressed concern over the government's alleged ignorance of the uncontrolled use of dangerous chemicals, on vegetables.

"We were warned about chemical contaminated vegetables 26 times in 2009 and up to 55 times last year," said Dr Pattapong, a member of the Thailand Pesticide Network.

"But there has been no quick response from the state agencies concerned. We expect the EU to ban our vegetable exports soon."

He said chemical and pesticide use on vegetables had led to serious health problems including cancer.

Department of Agriculture director General Jirakorn Kosaisevi insisted yesterday the state's control on chemicals were on the right track.

Brazil leads world growth in biotech crop acreage
Washington, D.C. Biotech crop acreage grew another 10 percent last year worldwide, driven in part by strong growth in Brazil, where farmers have been rapidly switching to genetically engineered varieties of corn and soybeans, according to a study.

Total acreage of genetically engineered crops reached 365 million in 2010, an increase of more than 30 million. Brazil led all countries in growth by adding 10 million acres, a 19 percent increase.

The United States added 7 million acres and still dominates total biotech acreage with 165 million - mostly corn, soybeans and cotton - and accounts for 45 percent of the global total. By comparison, U.S. farmers planted about 316 million acres of grain, cotton and all other major crops in 2010.

U.S. farmers will have an additional biotech crop on the market this year, as they plant biotech alfalfa again after commercialization had been stalled for several years by a court battle.

But Brazil is likely to be a growth market for the biotech industry for years to come, said Clive James, chairman of the organization that does the survey, the International Service for the Acquisition of Agri-Biotech Applications.

Brazil, which ranks No. 2 in total biotech acreage, has approved 27 biotech crop varieties so far, eight in 2010 alone, including four varieties of corn. Researchers are working on additional products, including virus-resistant beans, and also are working on improvements to sugarcane, which is the major feedstock there for fuel ethanol.

"What they hope to do is to exert leadership in Latin America by sharing that technology," said James. Pioneer Hi-Bred, a Johnston-based unit of DuPont, is seeing fast growth in sales of insect-resistant corn in Brazil. Last year, 65 percent of its corn seed sold there was biotech, up from 43 percent in 2009. This year, the biotech share could reach 80 to 85 percent, said spokeswoman Lisa Dry.

Three additional countries grew biotech crops commercially for the first time in 2010, bringing the global total to 29: Pakistan, Myanmar and Sweden. Some 600,000 farmers in Pakistan and 375,000 in Myanmar planted an insect-resistant cotton. In Sweden, some farmers planted a biotech potato approved for industrial and feed use.
Home    |    Agrolook E-Magazine    |   Advertisement    |   Our Association    |   Contact Us

© Agrolook. All Rights Reserved (Terms of Use)
Developed and Managed by IndiaMART InterMESH Limited